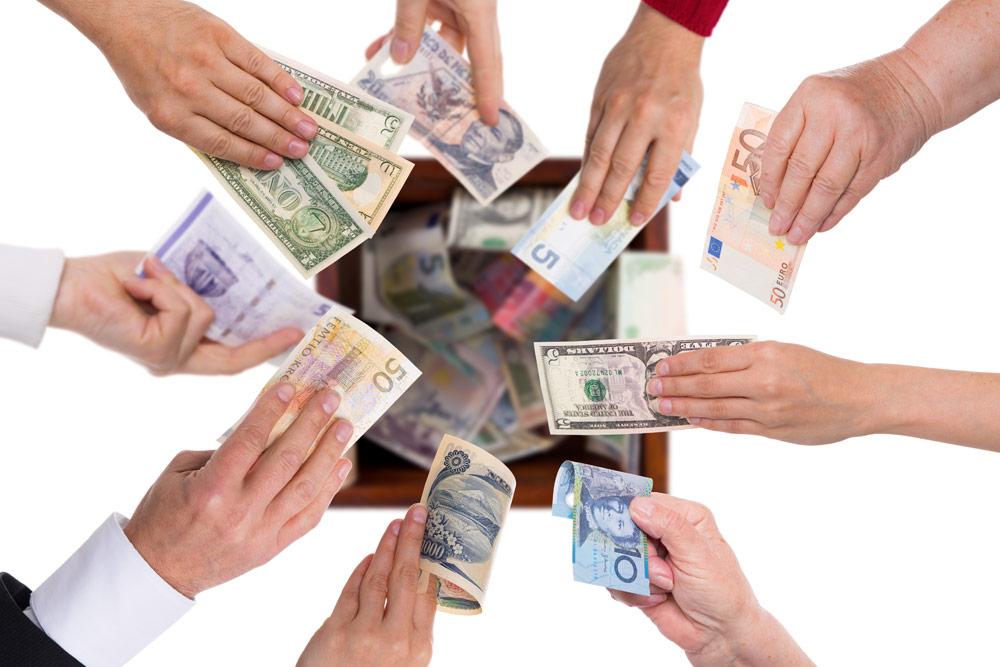 ‘CROWDFUNDING’ is an online system of fund raising to invest in new business start-ups. It is becoming very popular in west specially in US and UK, where on one side are the investors and on the other are the young budding entrepreneurs with unique, creative and effective ideas who come together on mutual crowdfunding portals to meet the need of time.

Crowdfunding portals are replacing venture capitals taking the advantages of the loopholes of its funding system and spreading its root at a very quick pace.

The first online crowdfunded project is considered to have occurred in 1997 when a rock band ‘Marillion’ was unable to afford the tour after the release of their seventh album. Hence, the American fans used the then fledgling internet to raise $60,000 to assist them to play in the US. Although the band was not involved in the first round of fundraising but they have since used the same techniques to successfully fund the production of their three succeeding albums. Other creative projects soon followed the suit such as films and journalism and then the first crowdfunding website appeared in 2001. In 2012, the counting increased to over 500 crowdfunding platforms online and the February of same year saw the first crowdfunded project which raised over £1,000,000.

Crowdfunding is an online platform where business start-ups who are looking for capital and investment are matched with the angel investors who are interested to invest in the upcoming businesses. These platforms provide an opportunity for both small and large scale investors and moreover these institutions not only provides a platform for investment but assists the investors and start-ups too.

They use the trending, updated and more convenient form of bringing in the investors which is done by the means of online portals. Those in need of the funds are required to update their profiles on these portals and after accessing the potential of their ideas, investors who are interested to invest in their businesses will contact them.

Being latest, unique, trending, and creative in presenting ideas is the key to attract more investors.

Crowdfunding is also known as “financial escalators” as it has given a jumpstart to new business persons in raising the funds.

Crowdfunding is a full-service providing online platform for venture capital investments that are open to the public. It takes the best parts of Venture Capital (connections, research, deal flow, mentoring, money management) and combines it with the best aspects of ‘Equity Crowdfunding’ (open access, ease of use, diversification) to give investors the best of both worlds.

It is a fully online service platform where investors can meet the young budding entrepreneur and both can mutually come to an investment deal.

It is open for the public and even a small investor can invest according to his potential.

Crowdfunding has amended the traditional view of funding a project as of that in venture capital where few investors are asked to invest a large sums of money whereas in crowdfunding many investors are involved and hence the amount of money is comparatively less.

Debt or lending crowdfunding is that in which the entrepreneur get funds in the form of loans from the investor which is to be paid back within the time limits along with the interest.

It’s good for those entrepreneurs who don’t want to give equity or share profits with the investors.

As the name suggests, it is a campaign of donation without any returns. It is basically used for charities and social service cause.

Donation campaigns are often 1-3 months in length and work well for amounts under $10,000.

Investors gets a tangible item or service in return for the funds they have invested. (You invest in Lenovo and get a first edition laptops and mobiles). It is the most common type of crowdfunding.

It provides quick and easy capital for budding entrepreneur;

It hedges the risk of total investment;

It is a marketing tool in itself as it is easy and convenient to reach out various channels and furthermore the business owners use the online marketing tool for they are already attracting online traffic by the crowdfunding;

It is helpful in attracting further investment and in justifying your idea to investors;

It  is easier and cost efficient than traditional venture capitals;

It attracts loyal and large group of customers;

It serves as an opportunity for market research and pre sell your product.

One of the most popular crowdfunding platform of American origin with the mission of assisting the upcoming creative projects and business ideas but not by providing potential investors.

With the mission of bringing creative projects to life, within a span of 6 years Kickstarter has backed over 34,000 projects and has become a leader in the  industry.

Indiegogo is a way for people all over the world for joining the forces to make ideas happen. Since 2008, millions of contributors have empowered hundreds and thousands of inventors, musicians, do-gooders, filmmakers—and other game-changers—to bring their big dreams to life.

Indiegogo is democratizing the way ideas get funded and identified across the globe. They provide the tools to help campaigns—large and mainstream, or small and personal—to boost the awareness and funds to get there.

RocketHub was launched in January 2010 and is now one of the leading crowdfunding portal. It is the world crowdfunding machine. RocketHub has been featured in the New York Times, Wall Street Journal, CNN, The Economist, NBC, NPR, ABC, etc – and is the fastest growing crowdfunding community in the world.

Based in San Diego and Menlo Park, GoFundMe was launched on May 10 of 2010 and quickly became the World’s no.#1 fundraising site for personal causes and life-events. Millions of people have raised over $1 Billion in the past 365 days. Approximate, $4M is raised by the users per day.

Crowdfunder is the leading equity crowdfunding platform which is based in Los Angeles, CA. Since 2011, Crowdfunder and its Advisors have engaged with Congress, the SEC and the White House on crowdfunding legislation and regulations.

The Crowdfunding industry is doubling year over year with $35B+ projected to be funded online by the year 2016.

How To Scale Up Your Small Business

Why Do Start-ups Fail?